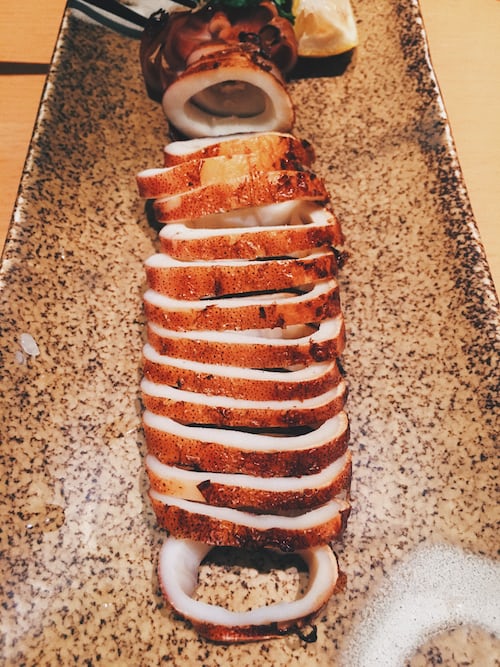 salt and pepper to taste

salt and pepper to taste

Step 1: Melt the butter and heat the oil in a pan over medium-high heat, add the onion and mushrooms and cook until the mushrooms have released their liquids and the liquid has evaporated, about 10-15 minutes, before adding the garlic and thyme, cooking until fragrant, about a minute, and seasoning with salt and pepper to taste.

Step 2: Add the spinach, let it wilt, use the water released from the spinach to deglaze the pan and continue cooking until the water has evaporated, about 3-5 minutes, before setting aside.

Step 3: Cut the tenderloin lengthwise almost all of the way through leaving about 1/2 an inch, before opening it and pounding it with a kitchen mallet until it is evenly thin, about 1/2 inch.

Step 5: Place the tenderloin on a rack on a baking sheet with the seam down and bake in a preheated 400-degrees oven until it reaches 145F-160F depending on how well done you want it, about 40 minutes. If the bacon is not perfectly crispy, broil for a few minutes until it is.

Step 6: Remove from oven, cover in foil and let it rest for 10 minutes before slicing and serving topped with the sauce.

Step 7: Meanwhile, melt the butter in a sauce pan over medium heat until frothing, mix in the flour and cook until lightly golden brown before adding the milk and cooking until it thickens.

Step 8: Add the goat cheese and cook until it melts before mixing in the lemon juice, mustard and seasoning with salt and pepper to taste.

Chicken with a Cherry Sauce